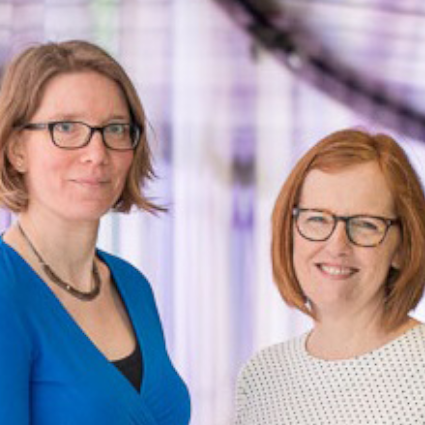 In this post we explore some use cases of activity based working implementations and share learnings from their experiences.

Thinking back to the many end user projects we have worked on as consultant workplace scientists, it is an interesting reflection that many organisations decide to step back from implementing a full Activity Based Working (ABW) solution.

The perceived difficulty of convincing people to give up their own allocated desks together with the dearth of convincing evidence for a tangible benefit, is enough for the faint-hearted to go no further. But for the bold, ABW is the brave new world.

So what can we learn from the experience of those that try?

Most often, cost saving from space reduction is the most easily estimated with obvious financial advantageous outcomes. Space savings come about by a desk reduction from a ratio of 1:1 to say 0.7:1 to be replaced by more space efficient alternatives.

In practice our evidence of working patterns shows that of the total headcount in an organisation, no more than 70% of staff are likely to be in the office at the same time and the allocated average desk occupancy is clearly below 50%, irrespective of the business sector.

A 0.7:1 desk ratio is therefore fairly conservative but even the bold don’t always want to over do it, at least not at first.

Activity Based Working can create opportunities to improve workspace utilisation

ABW is the ideal opportunity to create a much more flexible workspace that can accommodate the inevitable organisational fluctuations and changes without the need to ever move a piece of furniture again. The detailed block plans can be thrown away and there should no longer be any need to spend time debating with senior staff who wants a change of desk location or more space.

What ABW can provide is a means to create a fluid working environment that can be routinely tweaked to improve its efficiency in terms of utilisation or perhaps to enhance the potential for inter team collaboration.

So how do the brave overcome the vociferous resistance to change that implementing ABW will create?

Case study: Activity based working for a public sector organisation

One public sector organisation wanted to provide a new attractive and well lit communal space to bring people together that were previously distributed across different buildings. Their existing working environment was defined by wood panelled offices and hushed corridors, so a lot of change was on the horizon.

The project team launched a war of attrition, which lasted many months. This involved a series of head of department workshops to thrash out why ABW was the optimal workplace solution. Various options were hypothetically tested with this group, change champions were identified below management level in the affected teams, the project team showed genuine willingness to accommodate team and role differences wherever possible and most of all did a lot of listening to understand why and where the resistance was coming from.

The organisation got there in the end, though at times the attacks on the project team seemed very personal. One very high profile director took early retirement because their perception of the loss of status, which came with losing their own office, was too hard to bear. Others eventually found ways to exploit the new workplace for their own and their team’s advantage - the final workspace did turn out to be an inviting and engaging place for the organisation to congregate. At the same time the project team managed to retain a high degree of uniformity and therefore flexibility with the new design – the degree of tailoring required for different teams was not as great as people originally thought.

Case study: Activity based working for an engineering manufacturer

In another organisation, an engineering manufacturer, it was decided to run a pilot project setting up an ABW for 10% of the total organisation over a period of 4-5 months. This proved invaluable in so many ways.

Resistance was high at the outset. Again the legacy workplace was characterised by high numbers of single cellular offices and departments were highly segregated across different buildings on the same site. One of the key drivers of the project was not cost reduction, but to improve cross-functional collaboration. The pilot was an opportunity to push the boundaries of ABW under the less threatening guise of it simply being an experiment with genuinely no agreed intention to necessarily implement ABW for the rest of the organisation afterwards.

Despite a carefully planned and long kick-off meeting with the pilot participants, resistance remained high. Two months in this was still true, even though many breakfast listening and information sharing meetings had taken place and all participants had been invited to take part in an online feedback survey. In fact several people undermined the survey results by the way they deliberately circumvented the main survey question such was their dissatisfaction at that point. So maybe ABW was just not right for them?

Towards the end of the pilot period, attitudes began to noticeably change. This was partly helped by some small design changes requested by the participants themselves, which showed they had been listened to.

People began to acknowledge how personally hard it had been for them to adapt, but that now they were genuinely seeing real benefits from the new way of working. We could also show that the key measure of success, which was about increased horizontal interaction across teams, had gone up by 23%. The gentle and continuous nudging from the project team and the realisation by more senior managers involved that they had to lead by example played a significant part.

As one of those pilot participants said themselves:

“I had an unfavourable view [of ABW] at the beginning. Now I am willing to look into it further and I see how it can be a lot better than before. Sorry to say, many people are missing out, where are they?”

Maybe the fainthearted will take comfort from these words.

Why workplace designers use occupancy sensors